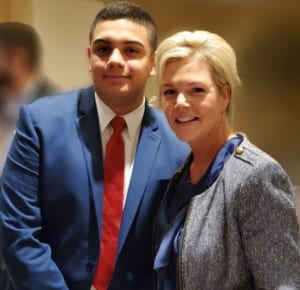 During the “SOMETIMES YOU NEED TO SWEAT THE SMALL STUFF!” Wage and Hour Seminar presented by Creative Plan Designs, the following speakers discussed the SWEAT Bill: Preventing Wage Theft wage theft and best practices in the workplace. The speakers were Christine Ippolito, Principal of Compass Workforce Solutions, Ronald Stair Principal and CEO of Creative Plans Designs, Glen Franklin from Franklin, Gringner & Cohen and Adam Brier and Brian Auerbach from Paycor.

“Wage theft is rampant in New York, but exploitative employers too often hide or transfer their assets to avoid paying wages they have stolen from their employees. Even when workers win a court-awarded judgment, they are unlikely to collect money owned to them. In fact, there is more than $1 billion of wage theft annually in NYS per a recent U.S Department of Labor study. Much of this theft is never remedied due to loopholes that weaken our labor laws and judicial process. The victims of wage theft are often low-wage workers who struggle to support themselves and their families on meager wages despite long workweeks” (SWEAT Bill: Preventing Wage Theft).

The Wage Theft Prevention Act (WTPA) took effect on April 9, 2011. The Law requires employers to give written notice of wage rates to each new hire.

The notice must include:

SWEAT stands for Securing Wages and Earnings Against Theft. The SWEAT bill is officially designated for NYS. The Union-backed bill has passed the Assembly and the Senate and is awaiting Governor Andrew Cuomo’s Signature In order for it become a law.

What is the SWEAT Bill?

The Bill has three main components:

Some of the questions asked by audience were:

What practices should companies have in place to ensure that they can prove proper wages have been paid?

What notices of wages are currently required and when are they required?

What do you see in your work with employers as the biggest area of exposure?

How do employers protect themselves from claims of wage theft or unpaid wages?

Records, records, records, and audit periodically. When there is a change in the payroll person or CFO, or Controller or HR person is usually when records are unable to be located. Have a backup and keep records in a system not paper files – paper files go missing.

If an employee files a complaint with the Department of Labor what evidence do, they need to support a claim of unpaid wages?

Employees do not need evidence – only their words or explanation of why they are owned wages. The burden of proof is on the EMPLOYER to prove they have been paid all wages earned and owed. 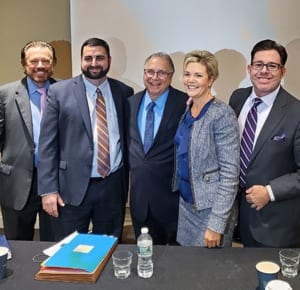 Christine Ippolito from Compass Workforce Solutions stated that NYS has released a requirement for all employers to conduct Sexual Harassment Prevention Training by October 9th, 2019. Due to this requirement, it is important to have your handbook updated accordingly. She also talked about having your workplace posters visible and updated as well because this will set the tone in the event of an audit. Since laws are always changing and being updated, the Department of Labor will focus on those new laws that come out. The Department of Labor wants to see policies updated and being communicated to the employees.

Glen Franklin from Franklin Gringer & Cohen had some insightful information. He stated that any employer, officer or agent of any corporation, partnership, or limited liability company who pays or agrees to pay any employee less than the applicable minimum wage may be charged with a misdemeanor punishable by law and a fine between $500 and $20,000 per employee and imprisonment for up to one year.

Glen Franklin said, “As an employer, you are guilty until you can prove yourself innocent.” you must have payroll records. The Department of Labor can come knocking on the door at any time. The Department of Labor is focused on these specific types of employers; restaurants, car washes and construction companies. They are also focusing on the East End Long Island, but they usually come if there is a complaint.

Adam Brier and Brian Auerbach from Paycor talked about how having a good recordkeeping system can be beneficial to the organization. If you are using Excel, “you’re pretty much running information into a black hole.” If the Department of Labor comes knocking at your door, you want to be prepared having this information saved in a system where it is organized, and you can backtrack to it. The Department of Labor is familiar with a Human capital systems software’s which has a good record system for employees and business.

Ronald Stair, CEO of Creative Plan Designs, was asked if there was a specific audit that the Department of Labor asked besides looking at the books. He stated, that it is essential to have your handbook up to date every two years.