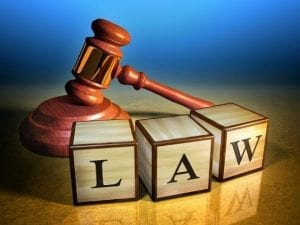 When I see advertisements for doing business in New York State, there’s always this sense of conflict.  I started my own business here on Long Island, servicing clients’ HR needs across New York State with a focus on Nassau County, Suffolk County, the 5 boroughs of New York City, and Northern New Jersey.  This internal conflict I experience doesn’t stem from a lack of great business opportunity in New York State, but from the inordinately high level of complexity of business operations in New York as a heavily regulated state. To some degree, my company benefits from the complexity of our environment.  In fact, understanding, communicating, and summarizing these regulations is a key element of our value and service proposition to clients.  Although myself and the Compass team is able to convey these rules and regulations successfully to our clients, as a business owner here in New York, I am subject to those same policies and divest as much time in deciphering them as I would for any of our clients.

The recent last minute change in regulations regarding the minimum salary requirements for New York State is one such example of this complexity. This then begs the question, if the intent is for employers to remain aware of, understand, and follow the employment requirements, why do labor regulations need to be so complex?

Even New York State regulators believe that our labor laws are complicated, making this statement on the Department of Labor’s Website “The New York State labor law can be very complicated and it is easy for employers to make a mistake. Many honorable employers are found to owe back wages and penalties that turn out to be quite costly.” 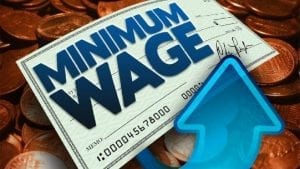 The majority of employers seem to have a sense of awareness of the upcoming changes in New York State’s minimum wage.  The increase to $15.00 an hour over the next five years will be based on company size and location.  These changes were released in early 2016, and received a lot of press coverage including several press releases by Governor Andrew Cuomo with detailed explanations of the New York State Department of Labor website www.labor.ny.gov.

In the last week of December, a Texas Federal Judge suspended the Federal rule changes that were intended to raise the salary basis for employees exempt from overtime that was slated to go into effect on January 1, 2017.  However, New York State Department of Labor on December 28th, 2016 increased the salary basis to mirror the increase in the minimum wage.  As of December 31, 2016, the minimum salary for workers exempt from overtime ranges from $727.50 per week to $825.00 per week, dependent upon the employers’ size and location, under the Executive and Administrative exemption. These increases were included in a 93 page amended wage order, yet another example of the complexity of New York State’s Labor regulations.

Employers who violate the Minimum Wage Law are subject to criminal prosecution and penalties. Action may also be taken against the employer in civil court. The Commissioner of Labor may require an employer to pay minimum wage underpayments and liquidated damages, plus interest and civil penalties of up to 200% of the unpaid wages.

Our business at Compass is to understand, summarize, and communicate these requirements for our clients. Please contact us at 631-794-7400 or Info@compass.com for a full summary of the changes taking place with the New York State employment requirements in 2017. Below is an updated outline of the new salary requirements for employers by business size and location.